BJP says TTD authentic have to apologize for gold fiasco 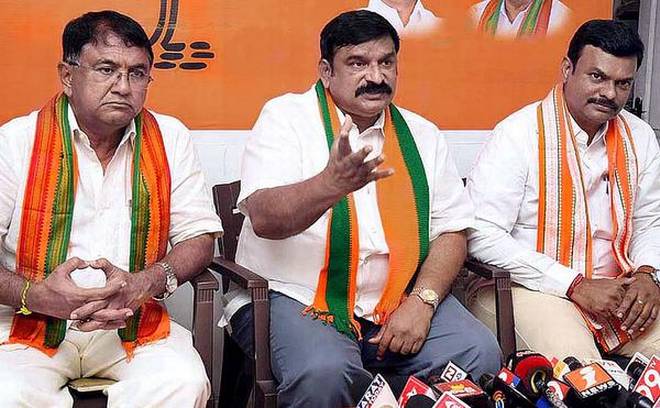 Accusing officials of the Tirumala Tirupati Devasthanams (TTD) of being callous in dealing with the public wealth within the custody of the TTD treasury, Bharatiya Janata Party (BJP) chief and previous TTD Board member G. Bhanu Prakash Reddy on Saturday demanded a public apology from Executive Officer (EO) Anil Kumar Singhal. He requested that the probe record submitted on the case to Andhra Pradesh Chief Secretary L.V. Subramanyam be made public.

Addressing the media right here, Mr. Reddy said the delay because of the TTD in claiming that the gold in the truck detained via a flying squad of the Election Commission of India (ECI) near a village in Tamil Nadu belonged to the temple had raised doubts within the minds of the human beings.

“Moreover, devotees are very sentimental about something connected with the temple,” he stated. The BJP chief said the problem of one,381 kg gold deposited via the TTD with the Punjab National Bank (PNB) underneath the Gold Demonetisation Scheme (GMS) for three years, and the conclusion of the deposit term on April 18, 2019, did not arise for dialogue in the Board assembly held just before the election code got here into pressure. “This only goes to expose their negligent attitude,” he stated. He also found fault with the EO’s observation that the protection of the gold changed into the bank’s duty and not his [responsibility] until it reached the TTD treasury.