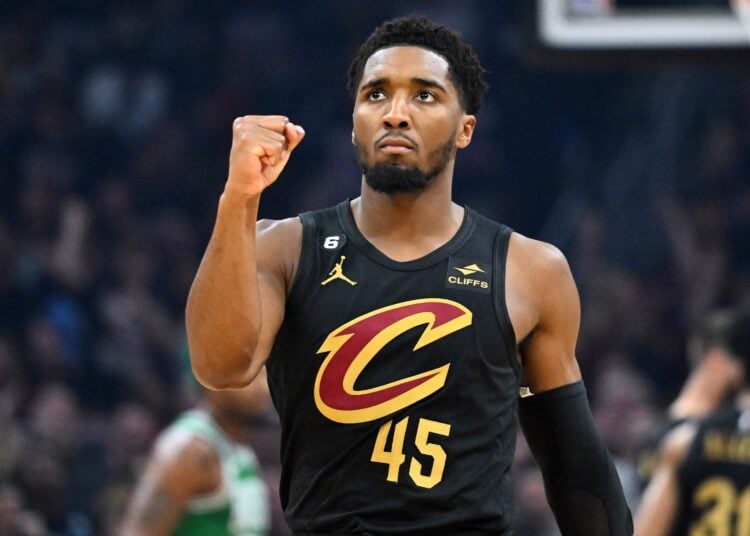 The Cleveland Cavaliers have been one of the top stories in the NBA this season, thanks to superstar shooting guard Donovan Mitchell. During the offseason, he was acquired in a trade from the Utah Jazz. Mitchell has been everything that Cleveland has hoped for ever since coming here.

He is the best player they have had since LeBron James. Mitchell is hoping to bring an NBA Championship back to the Land, and he has been playing at a very high level all season long. NBA picks potentially have the Cavaliers as one of the teams to win the Eastern Conference. Can Donovan Mitchell be NBA MVP this season?

This season, Donovan Mitchell is averaging 29.5 points per game, ranked 8th in the NBA. This means he is one of the league’s elite scorers and carries the Cleveland Cavaliers on a night-to-night basis. Yes, there is another talent around him, but when Cleveland needs a basket late in the game, he will always answer the call and come up clutch.

Mitchell has already had many 30-point games this season, and it isn’t the last. He is one of the reasons the Cavaliers are among the Top 3 teams in the Eastern Conference, along with the Milwaukee Bucks and the Boston Celtics. He was very good with the Utah Jazz, but it feels like he is getting more noticed now that he isn’t in Utah.

Cleveland isn’t a big market either, but they are a more noticeable NBA franchise. NBA predictions could also have him potentially win the scoring title, but it would be a massive stretch.

Donovan Mitchell could not finish Top 3 in the NBA voting for MVP this season, which is possible. There are two candidates that stand out right away: Jayson Tatum of the Boston Celtics and Giannis Antetokounmpo of the Milwaukee Bucks. Both basketball teams may finish with better records in the Eastern Conference than Donovan Mitchell of the Cleveland Cavaliers.

NBA expert picks believe this NBA MVP race is wide-open, and it will be decided by how many games each player plays. Nikola Jokic of the Denver Nuggets has won back-to-back NBA MVPs, and he could very well be nominated again this season as Denver is one of the top teams in the Western Conference. Ja Morant of the Memphis Grizzlies is also potentially in the conversation for the award.

This is one of the most wide-open races we have had in a long time. Also, don’t forget about Luka Doncic of the Dallas Mavericks, but time will tell.

Donovan Mitchell is the best player the Cleveland Cavaliers have had since LeBron James. Mitchell brings excitement to this crowd every night, and you know what you will get from him when coming to the arena.

The Cleveland Cavaliers fanbase hopes that Mitchell can bring them an NBA Championship to the city for the first time since 2015-2016 against the Golden State Warriors in seven games after a miraculous 3-1 series deficit. Mitchell has provided hope and optimism for this franchise moving forward. He can win the MVP this season, but the odds are it won’t go to him. Donovan Mitchell will have bigger fish to fry. That will be to try and win an NBA Championship.